Sodium Limits in Action: A Case Study on Morrison Healthcare 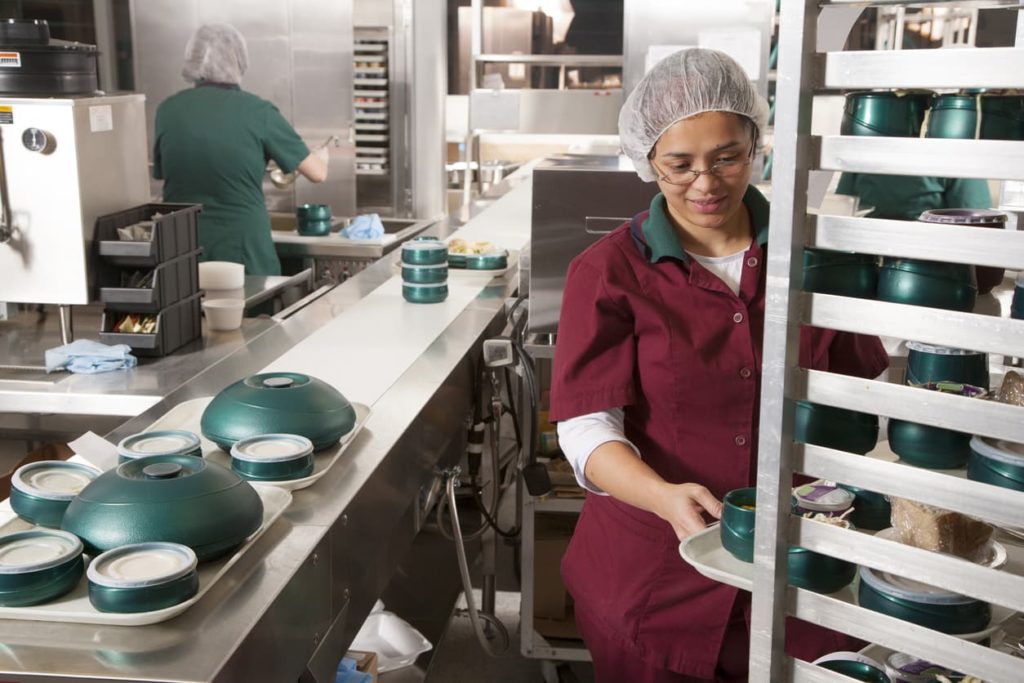 The average American adult consumes 3,400mg of sodium in a day. This is about 50% above the recommended daily allowance set by the current Dietary Guidelines for Americans: 2,300mg/day. It comes as no surprise that almost 50% of American adults suffer from hypertension, which occurs when an individual’s blood pressure is consistently at or above 140/90 mm Hg.

Most of the sodium Americans consume does not come from table salt being added directly to food. Most sodium comes from the consumption of prepackaged and processed foods, which typically have higher sodium levels. This makes it difficult for consumers to reduce their personal sodium intake. Sodium reduction is a major goal of the center for disease control and prevention (CDC), and to achieve this, food providers and manufacturers have a huge role to play.

The CDC recently conducted a case study seeking to understand how sodium levels can be reduced in commercially prepared foods. They looked at how Morrison Healthcare, a food service company, was able to achieve this without incurring huge costs.

The study had a revealing headline: “Reducing sodium makes cents.” Here is more about this pace-setting case.

Hospitalized patients are often exposed to unhealthy foods that have high amounts of sodium. This exposes the patients to greater health risks and is likely to delay their recovery, increase the duration of their hospital stay, and increase the cost of care.

Many hospitals outsource their foodservice because this option is cheaper than having a full-fledged in-house food department. The outsourced food service providers are often tasked with the responsibility of coming up with appropriate menus that meet quality and cost thresholds. Low sodium ingredients and foods are often harder to source and more costly than regular options.

In 2013, Morrison Healthcare made a deliberate effort to reduce sodium levels in its retail menu, devising a number of out-of-the-box strategies to ensure that its food offerings meet the recommended daily sodium intake. Here is a summary of how this was achieved:

While creating low sodium foods is an expensive undertaking, Morrison Healthcare has been able to leverage its large client base to reduce the cost of production. The group has been able to reduce sodium in the menus from ~4,500 mg to 2,300 mg. This has helped improve the quality of food they offer to clients while protecting their bottom line. It has also helped reduce nutrition-related disorders affecting its clientele as well as meeting the CDC goals.

Lessons to take away from the Morrison Healthcare experience

Making these changes has not been a walk in the park. Morrison Healthcare has invested a lot of resources to make low sodium a reality on their menus and remain profitable. The process started with researching the best strategies and concluded with training their staff to implement best practices. Stakeholders such as financiers and food manufacturers needed to be brought in to play certain roles. The cost of ingredients and labor went up significantly. Several lessons were learned along the way:

Morrison Healthcare has demonstrated that it is possible to reduce sodium levels in commercially prepared foods without incurring huge costs and eliminating profit margins. Economies of scale can help foodservice companies keep costs at a minimum when sourcing low-sodium ingredients, which are likely to be more expensive. Smaller companies have the option of partnering with companies such as Morrison Healthcare to benefit from economies of scale.

It is evident from the case study that the flavor of food is a top priority for consumers. Food manufacturers need to ensure that they do not compromise on flavor even as they seek to reduce sodium levels in their menus. Is it possible to achieve this?

MicroSalt® offers a natural salt that has the same taste of regular salt but 50% less sodium. This means consumers can enjoy the full flavor of natural salt without having to endure the lackluster “saltlessness” that comes with most low-sodium food options.

Our team strives to create a new food industry norm where good health doesn’t come second to great taste. MicroSalt® is a proud global winner ofThe Most Innovative Food Technology Provider for Sodium Reduction in 2021 by the Global Health & Pharma. We’d love to help make your product the best it can be.

Simply contact us via our message page, connect with one of our international offices, or call 1 877 825 0655 to learn more.