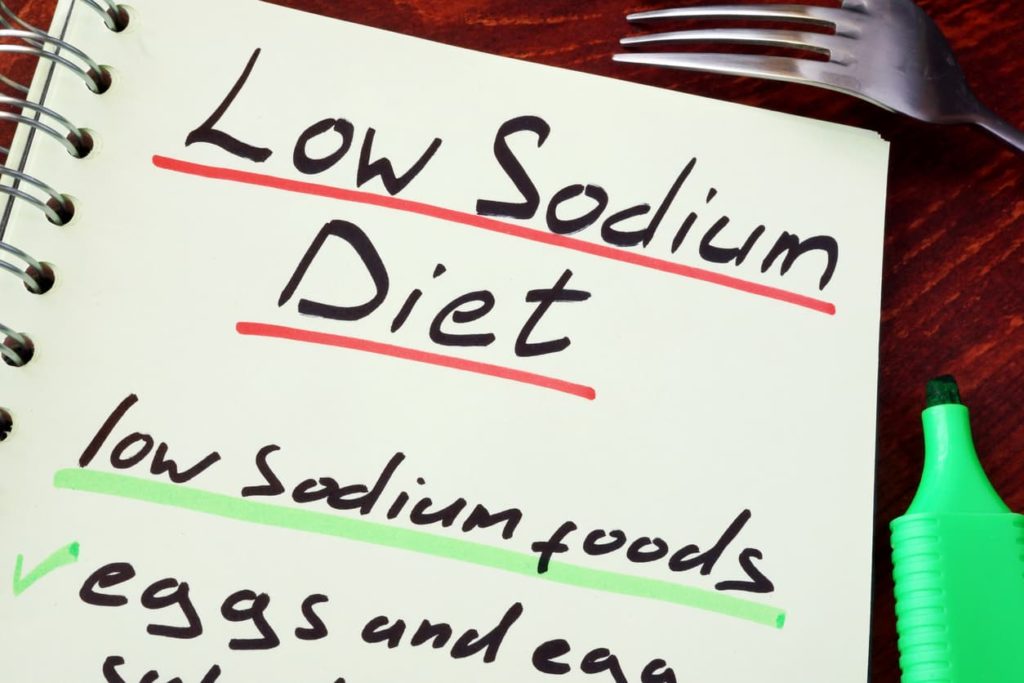 To call the growing shift toward low-sodium living a trend is almost a disservice. Trends tend to linger then pass whereas the veritable sea change in attitudes toward salt is affecting everyone in the world. A much healthier future is becoming a reality thanks to global dietary initiatives, manufacturing shifts, and an increasingly sodium-conscious public. This guide will spotlight the most promising 2022 sodium trends and what’s driving them.

1. Getting savvy to sodium pseudonyms

Did you know that 70% of the salt we eat is hidden? Sodium can sneak into our diets under many names – a fact that’s driving a very healthy trend of no longer taking ingredients labels at face value. Monosodium glutamate is another commonly caught term, but how many more can you spot?

This is an important skill in today’s global economy where your food could come from another country that doesn’t identify salt like your own does. Get in on this trend by watching out for:

That last name was the subject of an FDA intervention in 2020, which guided manufacturers to more clearly reveal that salt is present in their products. There’s still some way to go before total transparency is achieved, so expect the label scrutinizing trend to continue.

Name any major health organization and you’ll find they’re probably involved in the worldwide trend toward low-sodium initiatives. We covered one of these in our earlier blog detailing the USDA’s drive to improve school diets through a 10% decrease in sodium intake.

The CDC is also continuing its efforts to cut the amount of salt available for consumption by studying local, state, and national data to grade how effective each location’s sodium interventions are. The USDA seeks to raise greater awareness through their Dietary Guidelines for Americans, which are designed to make low-sodium lifestyles more than just a trend by 2025.

The WHO is joining in with the inspiring goal of reducing worldwide sodium consumption by 30%, also by 2025, by encouraging food manufacturers to adhere to their low-sodium benchmarks. The trend toward more responsible food manufacturing is also being fueled by the FDA’s Guidance for Industry.

3. A turning tide against nitrites and nitrates

Greater consumer awareness has also led to the realization that the deli isn’t such a safe place to be. Many meats contain sodium nitrite, which has been noted as a carcinogen while also being linked to stroke, heart disease, and diabetes. This has naturally led to consumers seeking out foods labeled as “low nitrite” or “no nitrite” to protect themselves.

Sadly, labels were once again revealed to be a problem when a Consumer Report proved that so-called low- or no-nitrate foods were nothing of the kind, making it even harder for people to choose healthy foods. Low-sodium alternatives to nitrites do exist, such as green tea polyphenols that could potentially do the same job. This view was supported in a 2021 research paper, which is a positive sign that the no-nitrites/nitrates trend could finally gain some ground.

4. The growth of sodium-tracking technologies

Today’s technology offers plenty of ways to keep tabs on sodium intake. The American Heart Association offers a printable sodium checker to record your sodium levels throughout the day. Beyond the traditional notepad and pen, sodium-tracking apps are gaining more public attention. Here are two examples of the trend:

A Chinese study being conducted throughout 2022 and into 2023 could have a positive international impact in the future. A cross-section of children, parents, and grandparents were introduced to the AppSalt system, a school curriculum designed to help children engage their elders with lectures, quizzes, and games designed to increase awareness of every group’s sodium intake.

The resulting data revealed how close participants were to ideal levels while providing action plans for those who needed them. A well-executed school-linked app that includes a healthy amount of smartphone use as part of its design is a promising way to engage children with the risks of sodium and engender positive lifelong dietary habits.

Our previous look at low sodium snack trends highlighted the massive demand for these food options (as well as some of the related pitfalls). How many snack sectors can boast they’ll be worth $3.5 billion by 2027? Low-sodium chips are a particular favorite and one area where MicroSalt® is framing the trend!

Our SaltMe®! Chips are going from strength to strength by taking healthy snacking beyond low sodium. We don’t add any GMO ingredients, there’s no gluten to complicate digestion, and the delicious salty taste comes with only half the sodium content of standard salt thanks to our patented, all-natural MicroSalt® particle.

SaltMe®! Chips help consumers get a sensible amount of salt, which is essential for muscle function, water balance, and conducting nerve impulses. We’re proud to be playing a part in 2022 low-sodium trends. Look for SaltMe®! Chips online and at stores near you throughout the coming year!

MicroSalt® is the proud global winner of the P&G Alumni Network’s 2021 Star Entrepreneur Award, which symbolizes our commitment to more responsible food production. Simply contact us via our message page, connect with one of our international offices, or call 1 877 825 0655 to learn more.