The Roles and Risks of Sodium in Food 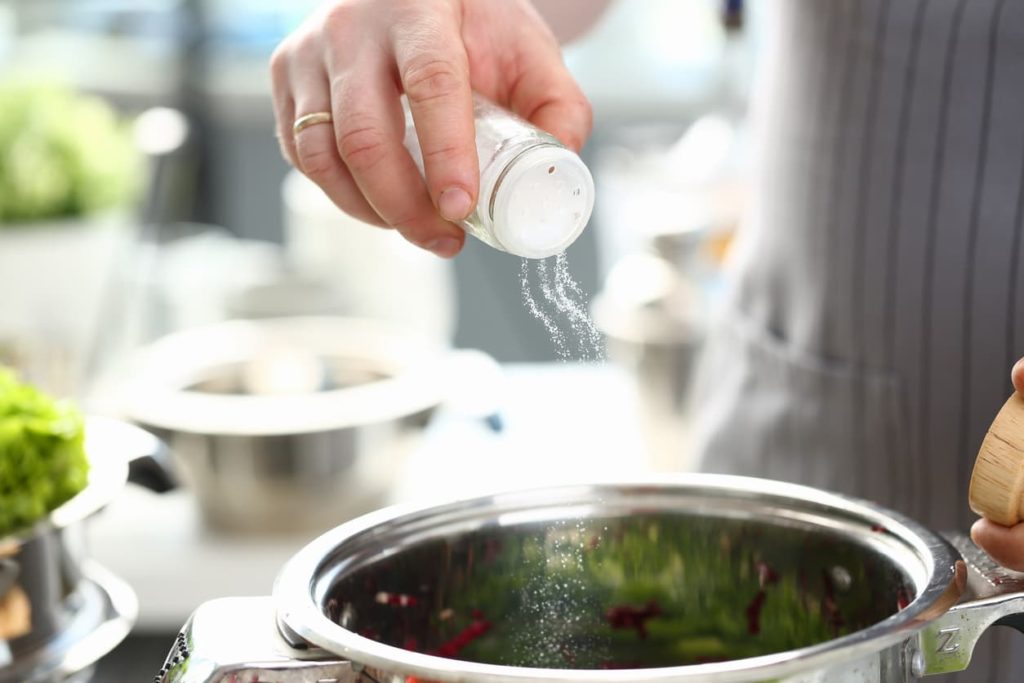 Sodium can be a friend to consumers and food companies or their worst enemy. Learn more about its pros and cons and where sodium’s “sweet spot” lies.

Sodium can receive some very bad press when only its negative effects are reported. The flip side of that narrative is that human beings couldn’t get very far without it, quite literally! Sodium can also play a valuable role in establishing a healthy immune system when consumed sensibly.

Sodium is just like anything else in life where moderation and risk awareness can create a positive relationship and a lack of those could spell danger. Learn more about sodium’s benefits and pitfalls for consumers along with how MicroSalt® can help food manufacturers create a more responsible product.

The role of sodium in food

The human body couldn’t function without the sodium found in salt. A salt particle is composed of around 40% sodium and 60% chloride with that 40% aiding vital physical processes. First of these is muscular contraction and relaxation – sodium transmits the electrical signals in muscle cells that make all physical motion possible. It’s also responsible for regulating the rhythm of the most important muscle of all: the heart.

Too little sodium in the diet is dangerous and can lead to hyponatremia, which is most common in older adults. A diet that successfully achieves a healthy balance requires a very low amount of sodium – just 500 mg (or 0.5 g of salt). That’s only one-sixth of a teaspoon per day to keep your body in good working order.

The sodium manufacturing process, when it’s executed responsibly, is an important part of food production. Sodium performs a range of functions, including binding and stabilizing properties, preventing the growth of harmful bacteria, and, of course, adding flavor.

The health risks of sodium in food

Sodium is already present to a greater or lesser degree in almost all foods. That built-in content is only compounded when people add more of it at the table. Excessive sodium intake dulls the tastebuds over time and forces some people to add an ever-increasing amount of salt to achieve a pleasing flavor.

The risk of ill health increases greatly in that scenario, however, it doesn’t take a burgeoning salt addiction to cause problems. Regularly exceeding the recommended daily limit of 2300 mg, set in the latest Dietary Guidelines for Americans, is all too easy when not paying attention and can lead to developing some of the world’s deadliest chronic conditions.

Cardiovascular disease kills one American every 36 seconds, and heart attacks occur every 40 seconds. Hypertension (high blood pressure) affects 47% of American adults with stroke also impacting someone every 40 seconds and fatally every 3.5 minutes. All three of these chronic conditions can be caused or exacerbated by ingesting too much sodium.

Satiating salt cravings could also cause hypernatremia, which is a toxic excess of sodium in the blood. Consumers certainly must become more self-aware when it comes to sodium. A great deal of the responsibility lies with companies who make excessively salted foods readily available.

The biggest risk source of all is the sodium manufacturing process

The Food and Drug Administration (FDA) reminds the public that 70% of dietary sodium comes from packaged and prepared foods. The FDA is also taking very important steps toward changing how the food industry adds sodium to its products. They released the final version of the “Guidance for Industry: Voluntary Sodium Reduction Goals” in October 2021, which aims to alter the sodium manufacturing process for the better within the next 2.5 years.

This complements the work of other organizations like the WHO and USDA, which have also launched programs to reduce sodium intake. The downside of such far-reaching efforts is their lack of immediacy – even the most conscientious food manufacturers will take time to implement positive change on a tangible scale.

This leaves the consumer at pronounced risk in the interim. Food manufacturers can help drive faster change by adopting MicroSalt® today as a new way to produce a healthier product.

It may sound hard to believe, but it’s true: The snack manufacturing process can use MicroSalt® to create positive change without making any further internal changes whatsoever. This is because our patented, super-small salt particles can blend seamlessly with current production methods requiring no alterations to existing machinery.

Nor will consumers notice any flavor depletion in your products. MicroSalt® delivers 50% less sodium by weight but 100% of the sodium taste people enjoy. The speed at which all-natural MicroSalt® particles dissolve actually causes the tongue to register a heightened salty flavor without the bitterness that many salt substitutes leave behind.

The most effective uses for MicroSalt® are in topical surface applications for dry snack foods, however, food manufacturing techniques of any kind can benefit from adding it. MicroSalt® represents the ideal way for food manufacturers to stake a claim in the growing low-sodium food market while establishing a compliant, health-conscious reputation with health organizations and customers alike.

Our mission is to help create a food industry that generates positive outcomes for businesses and the public they serve. It’s one reason why MicroSalt® won the P&G Alumni Network’s 2021 Star Entrepreneur Award. We’d love to take part in making your products the best they can be. Simply contact us via our message page call 1-877-825-0655 to learn more.