The FDA’s Approach to Sodium Reduction in Processed Foods 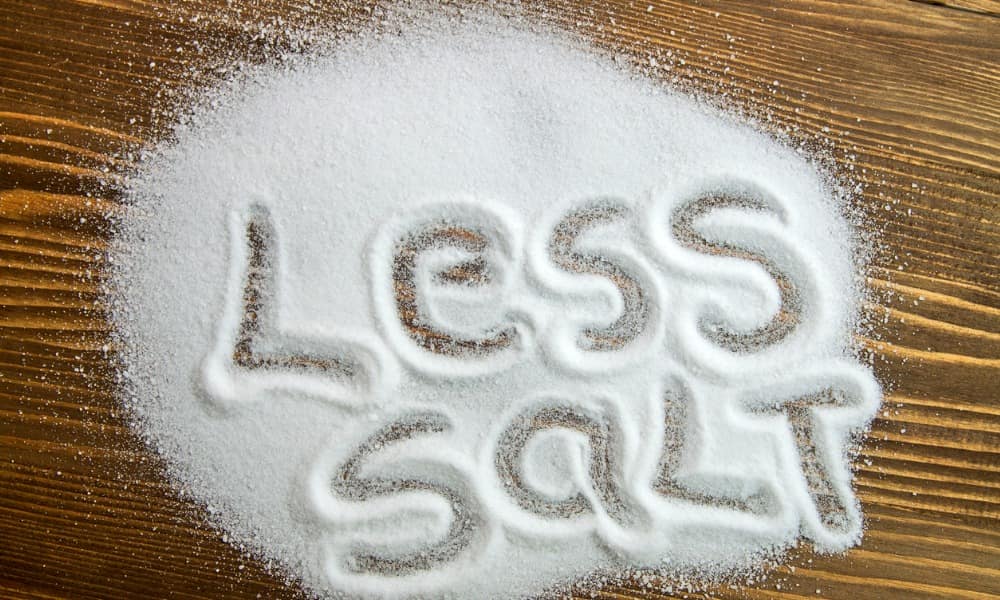 Excessive sodium intake has become a major public health concern that’s contributing to the increasing cases of hypertension and heart disease. Here is a breakdown of the FDA’s approach to sodium reduction in processed foods.

Americans are consuming too much sodium and are becoming sick in the process. Consuming high amounts of sodium has been linked to the development of high blood pressure. The FDA reports that about 40% of American adults are hypertensive. The figure is higher (60%) for non-Hispanic adults.

How much sodium is enough?

The recent (2020-2025) Dietary Guidelines for Americans recommend a sodium intake limit of 2,300 mg daily for adults (14 years and above). This is the equivalent of a level teaspoon of salt (5 mg). American adults are consuming 3,400 mg of sodium on average daily, which is more than 50% of what’s recommended.

Long-term consumption of high levels of sodium increases one’s risk for hypertension. According to the FDA, there’s sufficient scientific evidence linking sodium reduction to a lower risk for hypertension, heart disease, and stroke. A 2017 study of peer-reviewed literature showed that modest reductions in sodium intake resulted in similar reductions in blood pressure. The researchers concluded that lowering sodium levels in processed foods would reduce the risk of hypertension, heart disease, and related deaths.

The sodium problem according to the FDA

Americans are consuming excessive sodium, which is to the detriment of their health and well-being. Here are the two problems the FDA has in sight:

The FDA is alarmed by the sodium-induced hypertension that is affecting increasingly more Americans. They have consequently lain down a moderated approach to reduce sodium intake across the food supply chain.

The FDA has crafted a strategic approach toward sodium reduction that’s iterative in nature. This approach has four steps that call for voluntary participation. The population is guided toward certain sodium targets that move progressively toward the ideal sodium goals for the population.

The FDA has issued final guidance with voluntary targets for gradual sodium reduction in 16 different categories of food. This guidance is intended for commercially processed and packaged foods and spans a period of 2.5 years.

Here are seven things to know about the FDA’s approach to sodium reduction:

What’s next for the FDA?

The FDA, after issuing this guidance, will not merely take a back seat and wait for events to unfold. The FDA endeavors to monitor the sodium levels across the supply chain and establish adherence to sodium reduction goals. This includes engaging with stakeholders continually and evaluating efforts made toward the set goals. The FDA will take the information gathered and will be in a position to issue updated and subsequent targets for sodium reduction.

How can the FDA achieve its sodium reduction goals?

According to the FDA, Americans spend about 50% of their food dollars outside the home. This means that it will take an industry and not an individual approach to achieving sodium reduction goals.

Consumers can always check food labels to monitor their sodium intake; however, this will not work all the time because some foods (such as deli meats) do not require nutrition fact information. The bigger problem is that most foods in the market today are super salted. The best approach would therefore be to reduce the sodium levels in processed and prepackaged foods as well as restaurant meals.

One strategy is to gradually lower the amount of sodium in foods by about 10% at a time. The intention is to reduce the salt without making consumers aware of the reduction — in other words, adapting their taste buds to the taste of “less salt” gradually.

What about retaining the flavor while cutting the sodium levels by 50% at the same time? Is this even a possibility?

Double the flavor, half the sodium

MicroSalt®’s ultrafine salt particles are infused with double the flavor of regular salt. The best part is that these extra flavorful salt particles have 50% less sodium. MicroSalt® can be used to effectively halve Americans’ sodium intake without compromising taste.

Our team strives to create a new, better way of enjoying food, where great taste and a healthier salt alternative go hand in hand. MicroSalt® is the proud global winner of the P&G Alumni Network’s 2021 Star Entrepreneur Award, and we’re here to help make low sodium eating choices a reality. Simply contact us via our message page, connect with one of our international offices, or call 1- 877-825-0655 to learn more.