How to Decode Sodium Labels 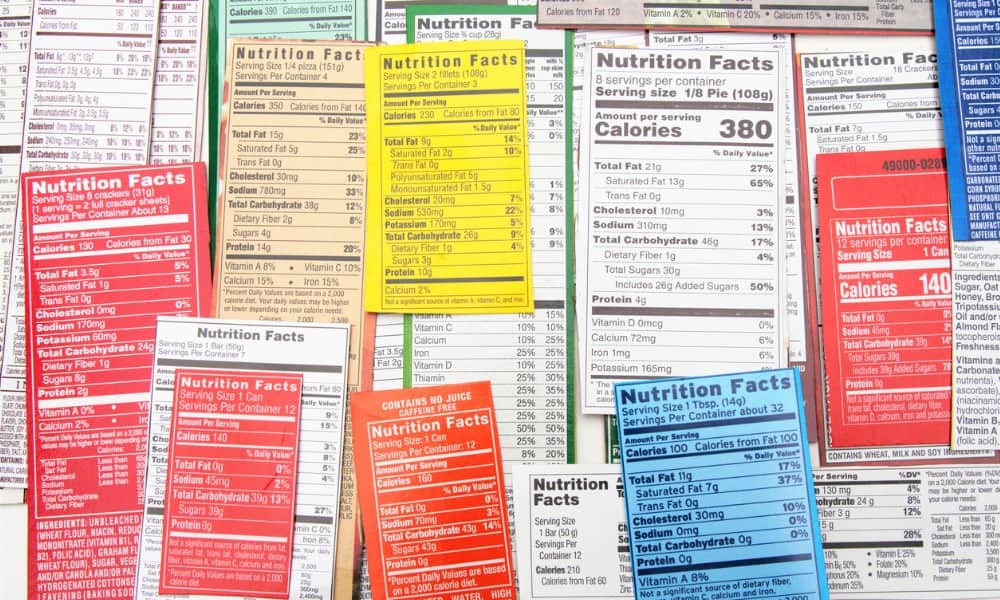 Close to 50% of adults in America are hypertensive, and research points to sodium as the culprit. If you’re on a journey to cut back your salt intake, it’s important to have your eyes on the sodium labels of processed and prepackaged foods. Let’s take a look at how to decode sodium labels.

The American diet is loaded with sodium, which poses risks for hypertension and heart diseases. Therefore, sodium reduction is one of the most effective strategies for improving one’s health and limiting chronic diseases. However, most of the sodium that we consume does not come from the salt shaker but from processed foods. This makes it very important to understand how to discern the exact amount of sodium on food labels.

Should you be consuming sodium in the first place?

Sodium, which is usually consumed in the form of salt, adds several benefits to foods. The first and most obvious benefit is flavor. There’s a lot of science to explain how salt brings out the flavor in food. Salt concentrates flavors by reducing the amount of water. It suppresses bitterness and amplifies the desirable savory umami taste. This makes salt the “universal flavor enhancer.”

Salt is also used as a curing agent for meat. Most food manufacturers use salt as a preservative. This explains why most processed and prepackaged foods contain high amounts of salt.

Some foods may contain sodium but lack the “salty” essence of the flavor, including foods such as cereals and some pastries. This underscores the importance of carefully scrutinizing sodium labels to know how much sodium is contained in a particular food.

What is a sodium label?

A sodium label is simply an ingredient (sodium) label on packaged foods that confirms the presence, type, and quantity of sodium in the product. The U.S. government recommends that food manufacturers include nutrition facts labels on most packaged foods. The nutrition facts label will list all ingredients that are present in the food in descending order (from the highest to the lowest concentration). It may also list the number of calories of each ingredient per serving.

Sodium is listed mostly as monosodium glutamate (MSG) in the U.S. It may also be listed as sodium citrate, sodium alginate, or sodium phosphate. Sodium is mostly listed as salt in the U.K.

Note: Sodium and salt are not one and the same thing. While salt contains sodium (sodium plus chloride), it is not purely sodium. One tablespoon (5 mg) of salt contains about 2,300 mg of sodium, which is roughly – and coincidentally – the recommended daily limit for adults.

Sodium may also be listed in the ingredient list as sodium bicarbonate (baking soda), sodium nitrate, or sodium benzoate. This type of sodium is usually present in minute quantities.

Some general terms are used by food manufacturers to describe the quantity of sodium in food products. It is important to understand what these terms mean and how much sodium is attached to each term. Here is a breakdown of the key terms used in sodium food labels:

Now you know how to decode sodium labels to ensure that you don’t go beyond the recommended limit. There’s even a better way, though, to keep your sodium consumption in check without breaking a sweat – in other words, consume more salt and enjoy more flavor but halve your sodium intake at the same time.

MicroSalt® makes this possible. MicroSalt® crystals are real salt and have the same taste as regular salt. The particles are 100 times smaller and have great adhesion properties, ensuring that you get a full burst of flavor instantly. This provides snack manufacturers a rare opportunity to create snacks with 50% less sodium without having to compromise on flavor.

Our team strives to create a new food norm for enjoying food where great taste and good health go hand in hand. MicroSalt® is the proud global winner of the P&G Alumni Network’s 2021 Star Entrepreneur Award, and we’re here to help make lower-sodium, healthier eating – and healthier living – a reality. Simply contact us via our message page, connect with one of our international offices, or call 1-877-825-0655 to learn more.