The Physical Signs of Excess Sodium 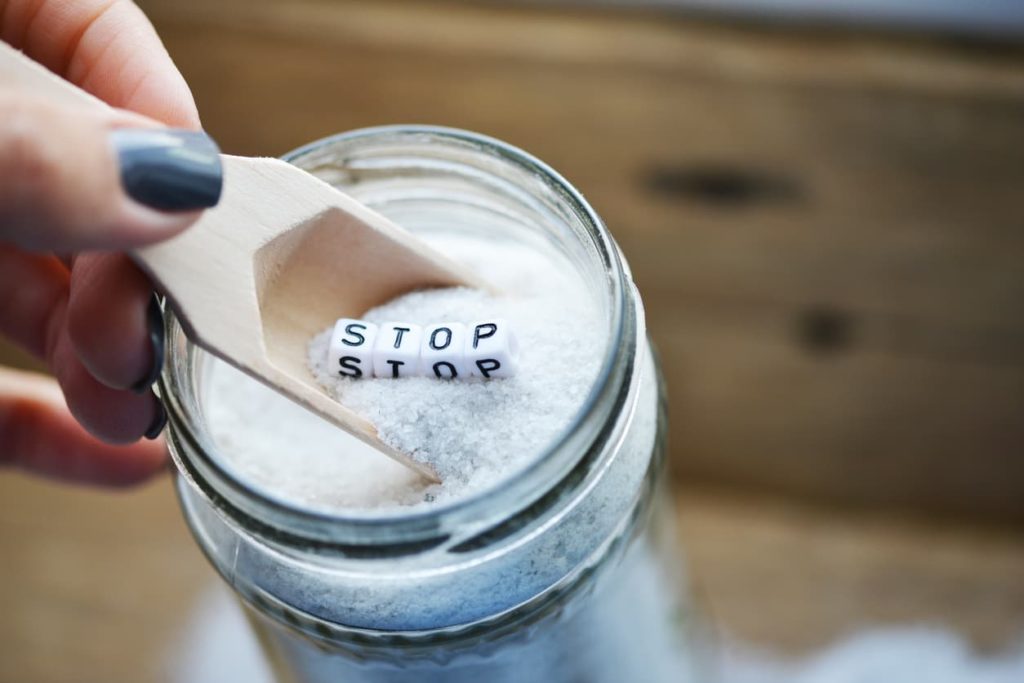 The CDC and other organizations are leading a positive push toward a comprehensive public health policy that favors less sodium across all foods. This is driven by several worrying statistics associated with society’s dietary habits. People consume an average of 9 to 12 grams of salt per day, which is far above the World Health Organization’s goal of a global daily maximum of 5 grams (or 2 grams of sodium).

Among the most concerning facts is that most Americans underestimate or don’t know how much sodium they’re consuming. Such uncertainty over salt intake makes it harder to link negative physical effects to a problematic diet. This guide will look at the issue more closely and help you spot if there’s excess sodium in your life.

Why taking sodium seriously matters (and what you can do)

Excess sodium contributes greatly to health problems like high blood pressure, cardiovascular disease, and stroke. One glance at the MicroSalt® homepage will show you that high blood pressure affects over a billion adults while cardiovascular disease claims 17.9 million lives a year. Even children as young as 2 years old are consuming too much sodium according to CDC data.

Implementing some dietary changes and familiarizing yourself with the diverse ways sodium can be defined and utilized by manufacturers goes a long way toward lowering such sad health statistics. These include checking ingredient labels for how much sodium items contain and actively seeking out low-sodium foods. The Mayo Clinic offers actionable insight toward reducing sodium intake and increasing awareness on the subject.

It’s a relatively recent revelation that excess sodium could be at the root of physical bloating. This is due to salt’s moisture-retaining capacity – more salt in your system equals more gastrointestinal swelling. You may also feel puffier than usual in other areas, like your face, ankles, feet, and hands. Any of these could be an indicator to cut back on the saltshaker and start scrutinizing food labels.

Since salt sucks up water, you may notice that your thirst has increased. Drinking more water will help flush the excess sodium out of your body as a temporary solution. Just don’t get too comfortable with drinking large amounts as a remedy for regularly going overboard with salt or worse health effects are likely to occur.

The combination of your body retaining moisture and increased water intake to quench pronounced thirst can lead to two further indicators of excess sodium: A quick increase in body weight and urinary output.

Troubled sleep could be another sign of excess sodium. A study out of Japan found that urination caused by too much salt continuously interfered with sleep patterns. Broken sleep has the knock-on effects of mental fog and physical weakness that can worsen over time. Your persistent feelings of lethargy or inability to concentrate may be physical red flags toward lowering sodium intake.

Broken sleep is also a possible sign of high blood pressure, which is itself often due to excess sodium. High blood pressure symptoms can range from the subtle to the debilitating. You may be experiencing vision disturbances, facial flushing, or increased perspiration.

You may alternatively have noticed an increase in headaches, a pounding pulse, or respiratory difficulties. Consult a physician and review your sodium intake if these or other related symptoms are felt.

A loss of taste and increased sodium cravings

Adding sensible amounts of salt can enhance a meal. Adding too much can drown taste and dull your tastebuds. An increasing sense of food being flavorless could mean you’ve overdone the sodium to a point where it’s the predominant sensation your tongue can feel. This is a vicious cycle that fuels a sustained and potentially escalating need for sodium-heavy snacks and adding salt to every meal.

Excess sodium as a predictor of further infirmity

Beyond high blood pressure, strokes, and other cardiovascular issues is sodium’s capacity to contribute to the development of metabolic syndrome in the general population. A study published in the European Heart Journal links excess sodium to this condition, which may not even manifest any symptoms in some individuals. Others will experience high triglycerides, high blood pressure, and being overweight. They may also develop skin discoloration in certain areas.

Metabolic syndrome can lead directly to other conditions, including but not limited to asthma, polycystic ovarian syndrome (PCOS), and cholesterol gallstones. This negative compound effect is common to all physical manifestations of excess sodium; each one has the potential to lead to further health problems.

The CDC, FDA, WHO, and others are making concerted efforts to alert the public to sodium’s dangers and develop new initiatives to help manufacturers and consumers make better dietary choices. The public’s consumption of salty foods is continuing apace, however, be it knowingly or ignorantly.

This means that a great deal of the responsibility for a healthier world lies with manufacturers. Clear ingredient labels and well-marked packaging are welcome moves. Changing how the product is salted from the ground up is even better.

We’re proud to be playing a part in the healthier snacks movement that’s gaining traction worldwide. Our SaltMe®! chips are a low-sodium potato chip that’s gluten-free, non-GMO, and kosher for everyone to enjoy. SaltMe®! helps consumers get their recommended daily intake of sodium, which is essential to healthy body function while avoiding the pitfalls of excess salt.

This is made possible through MicroSalt®, our all-natural, patented micro-particle that provides the same great flavor as standard salt but with only half the sodium. Look for SaltMe®! Chips online and at stores near you throughout 2022!

Our team strives to create a new food norm where great taste and good health go hand-in-hand. MicroSalt® is the proud global winner of the P&G Alumni Network’s 2021 Star Entrepreneur Award and we’re here to help make low-sodium living a reality. Simply contact us via our message page, connect with one of our international offices, or call 1 877 825 0655 to learn more.

PrevPreviousThe Low-Sodium Snack Market Heading for $3.55 Billion By 2027
NextCatching Up With the DASH DietNext