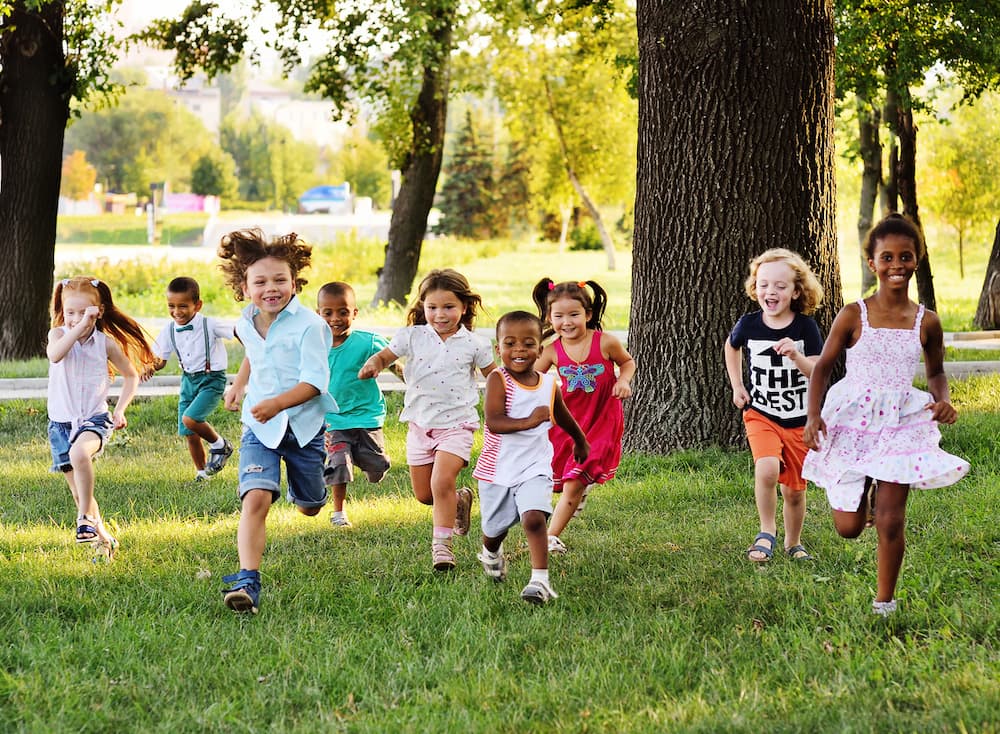 Nine out of ten children are consuming too much sodium, thus increasing their risk for hypertension and cardiovascular complications. Luckily, following some simple tips will help effectively reduce children’s sodium intake.

The 2020–2025 Dietary Guidelines for Americans recommends a daily sodium limit for children that should not exceed 2,300 mg per day. Almost 90% of American children exceed this daily sodium limit, increasing their risk for developing hypertension and cardiovascular complications later in life. While this is worrying, hope is not lost. There are several options to stem the tide before it’s too late.

Where are children getting this excess sodium?

When sodium is mentioned, table salt is generally the first thing that comes to mind. However, passing the saltshaker is not the most efficient way to reduce one’s sodium intake. Are you surprised? Here are the facts:

How to reduce children’s sodium intake

Consistently exceeding the recommended daily sodium intake for children will increase their future risk for hypertension and cardiovascular complications. The good news is, there are some simple steps to reduce sodium consumption in children.

Children need to be aware of the problems associated with consuming too much sodium. Being aware of the dangers will help them make healthy diet choices even when their parents are not around to remind them. Teach children to understand that too much salt is unhealthy and reinforce that they should opt for less salty foods, such as fresh fruits and vegetables.

Snacks are an integral part of the American diet. Healthy snacks provide many benefits, including staving off hunger and reducing stress, without increasing sodium levels. Suitable, tasty substitutes include carrot sticks, tomato slices, bananas, fresh smoothies, and natural juices. It’s important to be creative with the presentation of healthy snacks to attract the children’s attention. You can chop the vegetables in interesting shapes and use colorful utensils to serve.

Because most of the sodium that American children consume comes from store-bought snacks and cafeteria meals, it can be difficult for parents to control their children’s sodium intake.

Homemade meals prepared from scratch with fresh ingredients are clearly the best option. Parents can monitor their children’s sodium intake more precisely by planning all their meals and snacks ahead of time. Parents need to be creative to sustain their children’s interest in home-prepared meals. Create an exciting menu that includes a variety of low-sodium foods and drinks children can look forward to. Vary the tastes and textures of the meals and keep searching for even more fun, tasty low-sodium options.

4. Substitute salt with herbs and spices

Herbs such as rosemary, thyme, and basil, and spices such as chili powder and oregano can be used to improve the taste of foods without having to add salt. It will be helpful to vary the herbs and spices to create different tastes that excite the palate.

Is salt an acquired taste? Maybe not. But studies have shown that taste adaptation can be used to lower sodium intake and increase the enjoyment of sodium-restricted meals. This is achieved by gradually reducing the amount of sodium in meals, giving children plenty of time to get used to the new taste. While working on reducing the amount of salt in your family’s diet, be sure to keep the saltshaker away from the table.

Children spend much of their time in school. It is therefore important for parents to communicate their concerns and desires to school authorities and encourage them to keep up with the recommended daily sodium limits when planning school menus. If this is not a reasonable option, parents should opt to pack homemade meals for their children whenever possible.

The government also has an active role to play in reducing children’s sodium intake. Food and beverage manufacturers should be compelled to offer a variety of low-sodium options. It is also necessary to include accurate sodium labels on food and beverage packages.

Sales of savory snacks such as pretzels, chips, and popcorn have been climbing steadily. Various reports have confirmed that Americans are indeed snacking now more than ever. This explains why 16% of the sodium that children consume comes from snacks. So, what can be done about this?

Snacks that are lower in sodium are they key. And it’s even easier to make the switch when you don’t have to substitute great taste for low sodium.

Salt Me!® potato chips substitute regular salt with MicroSalt® – ultrafine salt particles that offer half the sodium while providing twice the flavor. MicroSalt® salt particles are 100 times smaller than traditional salt so it dissolves more easily, resulting in the taste that makes savory snacks so popular, but with considerably less sodium. And because MicroSalt® is salt, it provides the same flavor you and your family crave.

The MicroSalt® team is turning the snack world on its head, create a new food industry where good health doesn’t come second to great taste. MicroSalt® is the proud global winner of the P&G Alumni Network’s 2021 Star Entrepreneur Award. We’d love to help make your food products the best they can be.

Simply contact us via our message page, connect with one of our international offices, or call 1-877-825-0655 to learn more.